Enjoyed a delicious free-range chicken at Bacchus last night. The dinner was fantastic, the wait staff went above and beyond for our group and the wine selection was quite expansive. To read more, click here.

The new frozen yogurt shop, Swizzles (1029 Post Road, Darien, CT) serves up some delicious treats. It taste as fresh and rich as strawberry ice cream, but only accounts for just 100 calories per serving. One word of warning: they charge by the pound and the toppings pile on fast!

Tried the Crazy Dragon at Matsuri Japanese Fusion this weekend. It was a delicious combination of shrimp tempura, asparagus, eel and avocado in an eel sauce. We also found out the restaurant offers live music on Monday nights! (390 Post Road, Darien; 203-655-4999)

We went to Restaurant North in Armonk last night. Our server brought us some warm pumpernickel bread with homemade apple butter. One bite and we were sold. If you go without a reservation, expect a wait— but it's worth it. (restaurantnorth.com)

Enjoyed a decadent night out at Gabriele's Italian Steakhouse last night. Fabulous chilled seafood tower, housemade spinach and ricotta ravioli, filet mignon and baked stuffed potato were to die for. Couldn't pass up the butter browned french toast for dessert and it was well worth it!

We had a great event last night at Mitchell Gold + Bob Williams! We'd like to extend a big thank you to them, and everyone who came to support the wonderful organization of the Crohn's and Colitis Foundation of America.

Why does Greenwich Ave. only take quarters in their parking meters. Let's give some love to the little coins, they count too!

We went to Navaratna in Stamford this weekend for some of the best authentic southern Indian food in Fairfield County. (The restaurant is also kosher and vegetarian.) Be sure to order enough of the sambhar, paneer and dosas for everyone at your table since it's hard to share!

LF Stores, located at 319 Greenwich Avenue, is having their annual sale. Got a great jacket and cargo pants — both more than 60% off.

Just went to Five Guys and Fries in Westport. People were rude, and burger did not live up to the hype.

Happy 1st Anniversary to us! Here's to another great year.

What better way to spend a Thursday night than in front of a fire enjoying a great (and well priced) glass of wine, good food and some live music from P.J. Pacifico. Find it only at The Goose, 972 Boston Post Road, Darien, 203-656-2600; thegoosedarien.com.

The salt bagel from Fairway Market is delicious. Get there early enough and they are still warm. Fairwaymarket.com

The entire world should taste the almond croissant, and the cinnamon danish from the kneaded bread in Port Chester. It's just that good.

Fairfield's Old Navy has been redone. They kept the factory feel with touches of silver and blue that really brings the store into the 21st century. It's the perfect place to pick up a quick birthday present for any age.

Bar Taco in Port Chester opened, went there last night, had the delicious red snapper taco. Amazing. And gentlemen, IT WAS PACKED with gorgeous girls.

Versailles can close for private parties, SO perfect.

Starbucks needs to clean their bathroom.

Need more people working at the Lord and Taylor shoe department BUT got two pairs of the cutest shoes. 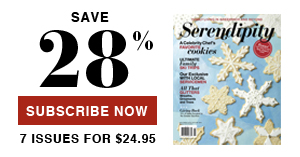